Tahoe Production House had the pleasure of working with Saks Fifth Avenue this summer to help them go digital!  We had a great time working with both Saks Fifth Ave and Bambuser, a Swedish company that provides a platform for mobile live video streaming.  In 2014, Bambuser shifted focus to their B2B offering, providing mobile live video for brands, organizations and app developers.  They used this platform to present live shopping right from the runway of the clothes being worn by the models.  It was pretty neat! 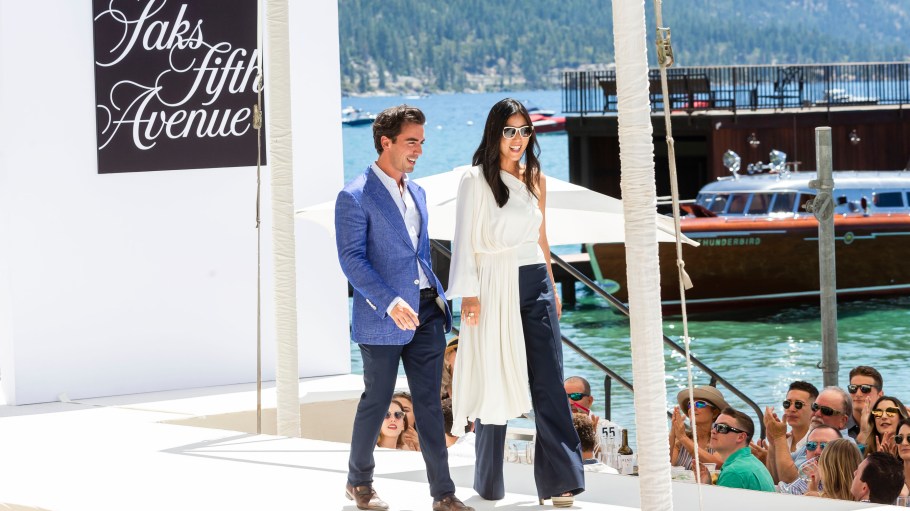 “It’s fun to see our team and get back to it,” he said from his home in New York City’s SoHo. “It’s been eerie,” he added, of the atmosphere in the city.

He was in the middle of filming a cooking segment with Kim and The Beatrice Inn’s Angie Mar. They were making fried chicken.

“We’re about to put it in the deep fryer,” Garcia said, following the restaurant’s recipe with help from Mar.

The clip will be found online as part of a three-day initiative to benefit “Keep Tahoe Blue.” Usually held in Lake Tahoe, the luncheon and Oscar de la Renta fashion show is a partnership between Saks Fifth Avenue and the League to Save Lake Tahoe, which works to protect and preserve the lake. Last year, 620 guests were present for its 50th anniversary, adding a record-breaking $1.1 million to the over $20 million collected total. This year, due to COVID-19, it’s going virtual.

Our live stream was set up with a live switch control room stocked with the new Blackmagic ATEM Studio swith as well as our Technical Director and Stream IT.  From there, the shoot was complimented by a high res 4k camera  and a high speed connection to the Bambuser Platform, and then livestreamed out for the thousands of fans to watch the show on YouTube, Facebook, and Instagram!  You can check out the LIVE STREAM on the Saks Fifth Ave YouTube Channel.

ABOUT THE LEAGUE TO SAVE LAKE TAHOE – The League to Save Lake Tahoe is the region’s preeminent environmental nonprofit and has spent more than six decades championing the protection of the lake’s sparkling alpine waters, influencing federal, state and local policy to preserve the Jewel of the Sierras for generations to come.